Flat Lining – Dealing with Conflict in Relationships
by Michael Mamas 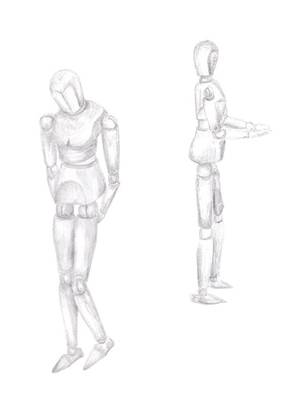 I think it helps to understand that everybody sees everybody else’s issues. On some level, you sense them. It’s not like we are all oblivious to so-and-so’s issues, and they are pushing your buttons because you see their issues, but nobody else sees their issues. Everybody sees everybody else’s issues. And so the question is, how do you be great? Well, you be great by navigating the waters of those issues wisely. You take a punch, but you don’t get all caught up in it. You don’t let their issues trigger your issues, and then the war goes on.

What does that look like? We’re human, so we have our emotions, so our buttons do get pushed. This is important: It is not about trying to attain a level where our buttons don’t get pushed. Your buttons will get pushed. You will get triggered by other people’s issues. They will ruffle your feathers. That’s not the question. The question is, what do you do about it? How do you deal with it? Do you sit there and hold a grudge? Do you put a person in a box where you judge them and get everybody around you to collude with you and agree with you that “Oh this person is bad because…,” and now, we all judge that person? Or can you say “Do you know what? Everybody has issues.” Those are their issues and isn’t it nice that we can all identify so well that person’s issues. And just move forward.

I told the story not long ago. I remember there was this guy who was sneaking into the Ayurvedic clinic at night to get treatments on himself. That is not really fair because it was in an ashram and everybody was paying for the clinic and this guy was sneaking in. But, I remember when it came up, there was one guy whose comment I really respected. He just kind of shook his head and said, “Well, he needs it.” I thought it was a good attitude. It’s like, why get caught up in it? Yeah, we will remedy it, we will deal with it, but don’t get all stirred up with it.

It is like flat lining. If your buttons get pushed, you don’t just buckle, you don’t just get all tangled up, you don’t flat line. But, it’s like “Oh, they pushed my buttons, and there’s a wave, and here comes a wave through my physiology, but I’m not going to let it spin my kite. I’m going to keep the tail on the kite, keep my stability, and yeah, they pushed my button, but I’m still fine.” Because once you flat line, you are a mess. And if you find people that will flat line with you, that’s called collusion. It doesn’t get you anywhere.

Hear me when I say: If you can do what I just said, if you can work with that and function in that way, you’re great. You are a great person. It is really that ridiculously simple. Don’t turn this around to judge yourself. Keep in mind, yes, your buttons will get pushed. That’s fine. But, what do you do with it? How do you handle it? How do you deal with it? Because that little thing there about how you deal with it is what will make you great. You will gain respect of people. And, as I’ve said in the past, respect is the real power you have, if we are going to use the word “power”. I know some people have charges, issues, around the word “power.” But setting that aside, where your real power comes from is the degree of respect other people have for you. And if you can do what I just said, people will respect you tremendously. And you will be a powerful person. You will become a powerful force in nature. It’s just that simple.